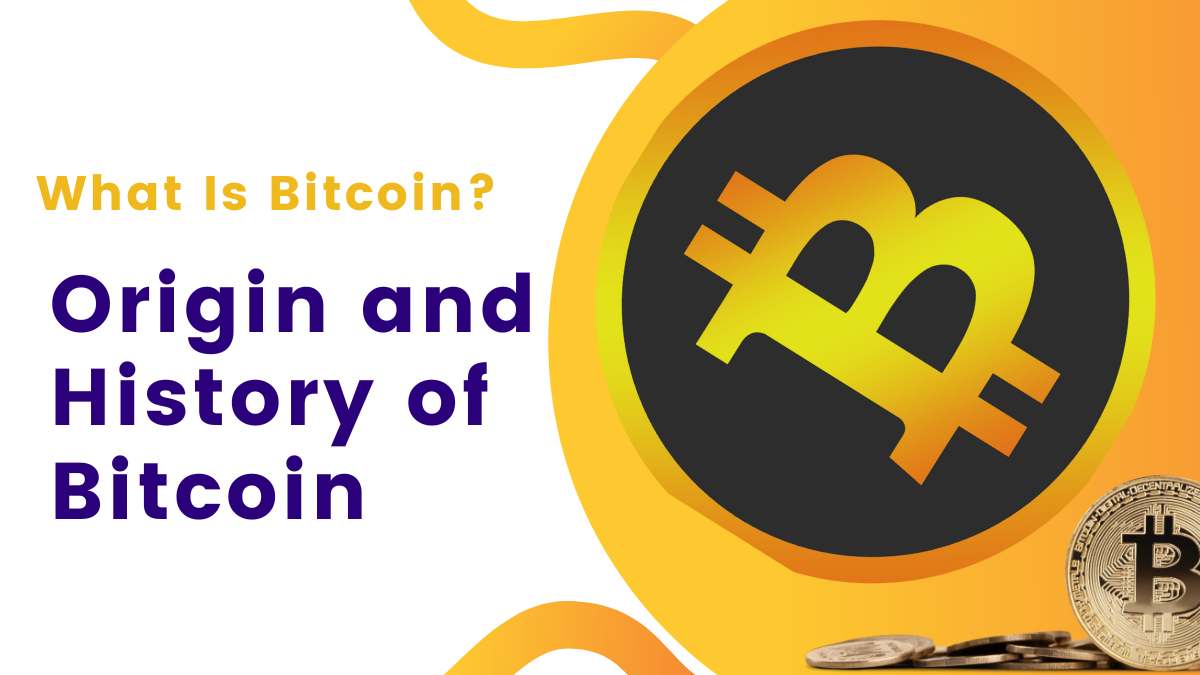 So, bitcoin… you know it’s a new form of money – a digital currency, to be exact-but just how does it work? Sit yourself down comfortably, and we will begin with the basics, the three major aspects of bitcoin:

Origin: How it came to be

Technology: How it works behind the

Exploring each of these aspects will help you understand bitcoin (or BTC, as it’s sometimes known) and find out whether and how it can help you. Don’t worry- we will stay top-level for now.

The Origin of Bitcoin

The most important aspect of bitcoin may be the concept behind it. Bitcoin was created by developer Satoshi Nakamoto. Rather than trying to design a completely new payment method to overthrow the way we all pay for things online, Satoshi saw certain problems with existing payment systems and wanted to address them.

The concept of bitcoin is rather simple to explain: During the financial crisis of 2008, people from all over the world felt its debilitating economic effects. And at the time of this writing (early 2016), many are still feeling the effects in terms of the dwindling

value of their fiat currency (the currency approved by a country’s government). As the global financial system teetered on the brink of collapse, many central banks engaged in quantitative easing or in simple terms, turned on the printing presses. Central banks flooded the markets with liquidity and slashed interest rates to near zero in order to prevent a repeat of the Great Depression of the 1930s. The effect of this was large-scale fluctuations in fiat currencies and what has since been termed currency wars- a race to competitively devalue so that an economy can become more viable simply by its goods and services being cheaper than those of its neighbors and global competitors. The response of central banks around the world was the same as it always has been when these things happen: Governments had to bail out affected banks and they printed extra money, which further devalued the existing money supply.

Bitcoin is a collection of concepts and technologies that form the basis of a digital money ecosystem. Units of currency called bitcoins are used to store and transmit value among participants in the bitcoin network. Bitcoin users communicate with each other using the bitcoin protocol primarily via the internet, although other transport networks can also be used. The bitcoin protocol stack, available as open-source software, can be run on a wide range of computing devices, including laptops and smartphones, making the technology easily accessible. Users can transfer bitcoin over the network to do just about anything that can be done with conventional currencies, including buying and selling goods, sending money to people or organizations, or extending credit. Bitcoin can be purchased, sold, and exchanged for other currencies at specialized currency exchanges. Bitcoin in a sense is the perfect form of money for the internet because it is fast, secure, and borderless. Unlike traditional currencies, bitcoin is entirely virtual. There are no physical coins or even digital coins per se. The coins are implied in transactions that transfer value from sender to recipient. Users of bitcoin own keys that allow them to prove ownership of bitcoin in the bitcoin network. With these keys, they can sign transactions to unlock the value and spend it by transferring it to a new owner. Keys are often stored in a digital wallet on each user’s computer or smartphone. Possession of the key that can sign a transaction is the only prerequisite to spending bitcoin, putting the control entirely in the hands of each user.

Bitcoin was invented in 2008 with the publication of a paper titled “Bitcoin: A Peer-to-Peer Electronic Cash System,” written under the alias of Satoshi Nakamoto (see Appendix A). Nakamoto combined several prior inventions such as b-money and HashCash to create a completely decentralized electronic cash system that does not rely on a central authority for currency issuance or settlement and validation of trans actions. The key innovation was to use a distributed computation system (called a “Proof-of-Work” algorithm) to conduct a global “election” every 10 minutes, allowing the decentralized network to arrive at a consensus about the state of transactions. This elegantly solves the issue of double-spend where a single currency unit can be spent twice. Previously, the double-spend problem was a weakness of digital currency and was addressed by clearing all transactions through a central clearinghouse.

The bitcoin network started in 2009, based on a reference implementation published by Nakamoto and has since been revised by many other programmers. The implementation of the Proof-of-Work algorithm (mining) that provides security and resilience for bitcoin has increased in power exponentially, and now exceeds the combined processing power of the world’s top supercomputers. Bitcoin’s total market value has at times exceeded $35 billion US dollars, depending on the bitcoin-to-dollar exchange rate. The largest transaction processed so far by the network was $150 million US dollars, transmitted instantly and processed without any fees.

Satoshi Nakamoto withdrew from the public in April 2011, leaving the responsibility of developing the code and network to a thriving group of volunteers. The identity of the person or people behind bitcoin is still unknown. However, neither Satoshi Naka moto nor anyone else exerts individual control over the bitcoin system, which operates based on fully transparent mathematical principles, open-source code, and consensus among participants. The invention itself is groundbreaking and has already spawned new science in the fields of distributed computing, economics, and econometrics.

The bitcoin protocol includes built-in algorithms that regulate the mining function. across the network. The difficulty of the processing task that miners must perform is adjusted dynamically so that, on average, someone succeeds every 10 minutes regardless of how many miners (and how much processing) are competing at any moment. The protocol also halves the rate at which new bitcoins are created every 4 years and limits the total number of bitcoin that will be created to a fixed total of just below 21 million coins. The result is that the number of bitcoin in circulation closely follows an easily predictable curve that approaches 21 million by the year 2140. Due to bitcoin’s diminishing rate of issuance, over the long term, the bitcoin currency is deflationary. Furthermore, bitcoin cannot be inflated by “printing” new money above and beyond the expected issuance rate.

Behind the scenes, bitcoin is also the name of the protocol, a peer-to-peer network, and a distributed computing innovation The bitcoin currency is really only the first application of this invention. Bitcoin represents the culmination of decades of research in cryptography and distributed systems and includes four key innovations brought together in a unique and powerful combination. Bitcoin consists of:• A decentralized peer-to-peer network (the bitcoin protocol) • A public transaction ledger (the blockchain)• A set of rules for independent transaction validation and currency issuance (consensus rules)• A mechanism for reaching global decentralized consensus on the valid blockchain (Proof-of-Work algorithm)As a developer, I see bitcoin as akin to the internet of money, a network for propagating value and securing the ownership of digital assets via distributed computation. There’s a lot more to bitcoin than first meets the eye.

Learn the basics of programming

Flowcharts and Its uses: –

Admin - December 17, 2022 3
A flowchart is a type of diagram that represents a workflow or process. A flowchart can also be defined as a diagrammatic...

Reasons for bad credit score and how to improve it.

How To Win Friends and Influence People PDF

What Is Bitcoin? Origin and History of Bitcoin

simple PHP program that can be used to compress an image...

How To Find the Best Motorcycle Accident Lawyer in 2022

Simple Life Insurance Calculator that you can use in WordPress

Cerwin is a technology and programming website that provides readers with the latest news, tutorials, and insights in the world of tech and programming. Our team of experienced writers and developers are dedicated to providing high-quality content that is both informative and accessible to a wide range of readers. We cover a wide range of topics, including software development, data science, artificial intelligence, and more. Our website also offers resources such as code snippets and sample projects to help our readers improve their skills and stay ahead of the curve. Our goal is to make cerwin the go-to destination for anyone interested in technology and programming.
Contact us: sn8304676@gmail.com
© Cerwin.org